A fully automatic analytical instrument that can end the five major pain points of the detection of chemical oxygen demand (CODcr) in water is on the market?

For laboratory personnel engaged in the detection of chemical oxygen demand ( CODcr ): There are five major pain points!

First: the sample size is large. The detection of chemical oxygen demand by chromium method is one of the daily inspection items of water quality monitoring units at all levels, and it is no exaggeration to describe it as routine;

Second: it takes a long time. At present, the commonly used standard for laboratory testing of chemical oxygen demand is HJ828-2017 . Water samples need to be digested for 120 minutes, then cooled, and then titrated one by one to judge the end point and calculate the results. This repetitive labor every day makes people collapse;

Fourth: the detection data error is large. Due to the differences of various domestic models of digesters, many of them have uneven digestion and other phenomena, resulting in large discrepancies in test results and poor parallelism;

First: Highly integrated all-in-one machine. That is: integrated host, control platform, cooling system and a body. The integrated design of the control platform and the host, it is very convenient to move a stool to operate and monitor the whole process at the same time. And our magic weapon actually saves the water chiller, we don't need it, we don't need it! Because it is an all-in-one machine, I secretly tell you that it still has a high-power built-in compressor, and the cooling effect is awesome! ! !

Second: There are many samples to be tested. The host can continuously detect nearly 50 water samples in one batch, and supports adding midway, continuous sampling;

Third: We are a modular operation. That is: 6 water samples can be moved continuously at one time , and reagents, digestion, cooling, and titration can be automatically added, and there is no need to move and grab one by one, which saves time;

Fourth: and most importantly, fully comply with the standard process. It is the same as the manual operation process, avoiding the embarrassment of non-standard instruments, but the process is all automated;

Fifth: The data is accurate, accurate, accurate! ! ! High and low concentration samples can be measured at the same time, and can be transmitted without affecting each other. Parallelism and accuracy are all within the standard range. 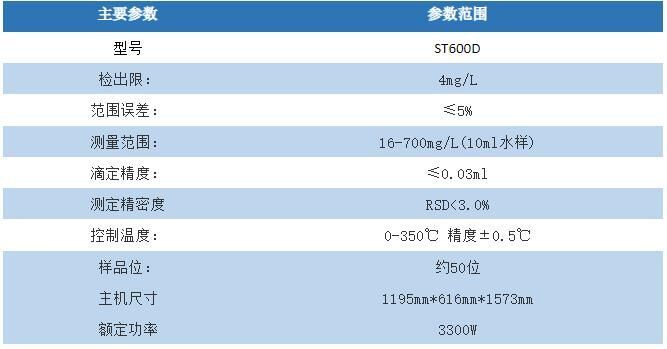